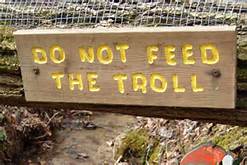 Like most of you, I cannot get this election off of my mind. I have not been able to focus and write these blogs like I usually do without glancing at my social media every five minutes to see if some new, terrible act has been committed in his name. There is also a part of me that still wants to believe that this cannot be happening, and, despite this dread, I cannot help but know that it is insignificant compared to the legitimate fear that is felt by my black, Muslim, LGBTQIA+, immigrant, Latinx, etc. friends. This lack of focus lead me to conclude that I have to write on something related to the election, but also related to video games.

Enter the troll. If you’re unfamiliar with the term, think of I-r0k from Ready, Player One. They are someone who enters the online community and intentionally stirs up trouble or negativity in a variety of ways, only to sit back and enjoy people’s reactions. They can be innocent and fun, like the infamous Ken M. of Facebook. His comments are often briliiant in their stupidity, and, admittedly, it is a little fun to see people fall for the bait and “feed” him, only leading to more laughs. 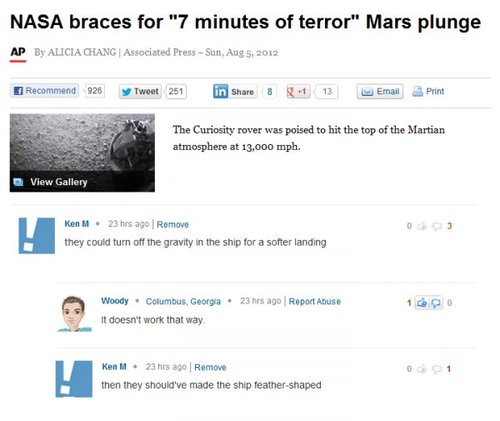 However, there are certainly parts of the internet that are less friendly, and, here, there are much worse people with little regard for social customs or common decency. I would rather not include a picture of some of those comments, as they are incredibly hate-filled, ignorant, and generally unfunny. These sorts of trolls either believe in the validity of their racist, homophobic, misogyny, etc., or do not care enough about these issues to see the impact of their words.

Given this election, I expect that the online community is in for an increase in the number of these sorts of trolls. How do we respond? Do we “feed” the troll and oppose their hateful words? As someone of privilege, I see that words have power, and this is the response that I want to take, but online arguments are extremely unproductive. I’m still very much confused, and there are much larger issues ahead as well. Would love to hear y’alls thoughts.