Jennifer Egan’s black-box is a short story told in sections comprised of 140 characters or less via Twitter. It is told from a 2nd person point of view with a semi-didactic style. The events take place in an overly patriarchal, suggestibly dystopian society. The society at hand is characterized by an exaggerated version of the self-obsession that exists in the neoliberal individualist world that we live in. Our female protagonist, which I will refer to as Lulu, is a spy that belongs to a government directly opposing the hitherto mentioned individualism. She tells us:

Nevertheless, Lulu’s organization of ‘citizen agent’ -i.e. spies, differs significantly from a traditional espionage unit in two main ways: a) To share the information she has acquired, she need not be alive. Like the black box of a plane, there exists a technology in her that allows the organization to retract the information from her corpse. b) She not only thinks of herself as a pawn in a larger chess game against image obsessed individualism but tells us the story as if she’s utterly detached from her own identity. She acts as if she has no individual identity, i.e. she is fully depersonalized. 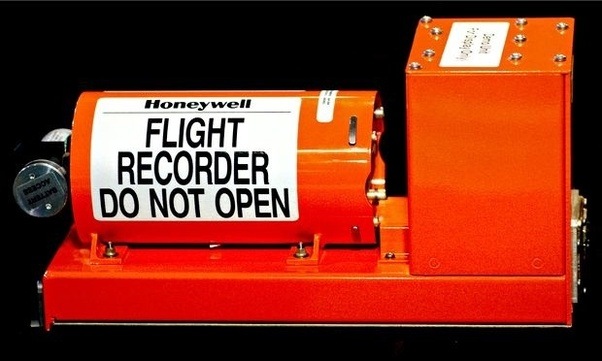 From an operational standpoint, there seems to be three strategies she actively deploys in relevant situations. She abuses the expectations that come from gender roles to play a non-threatening, attractive and sympathetic woman. She gives the illusion of verisimilitude by executing planned displays of vulnerability and physical affection. Lastly, she uses basic psychology to get the information she needs, e.g. “An angry subject will guard his words less carefully.” (Black Box, 13)

Now that we’ve covered the basics, I want to engage in what I consider to be the central theme of this story: self-objectification.  At the first layer of interpretation, Lulu lives her life in a depersonalized state. Then at section 31 and 32, there takes a place a violent rape scene. Her usual didactic tone starts to become more self-soothing and her instructions aim to make her feel numb as opposed to reach a patriotic objective. For the first time, we truly encounter ‘real’ self in Lulu, and her characteristically sociopathic detachment from her body functions as a defense against trauma.

In psychiatry, depersonalization disorder (DPD) is a syndrome characterized by a recurrent feeling of detachment from one’s self. DPD is usually secondary, arising from interpersonal trauma. (For more check out Simeon’s 2004 paper on depersonalization: https://www.ncbi.nlm.nih.gov/pubmed/15089102) Now, almost from the get go, we can tell that Lulu comes from a severely troubled background. Thus, it’s more than plausible that Lulu’s transcended point of view is not just style nor an instrumental mechanism for a controlled display of her image, but also a direct result of the nature of her work and horrible events she bears.

She had decided or had been convinced that the point of her existence was to gather information for her government, and to perform adequately she had to sacrifice her private self. However, a total sacrifice of the private self is impossible, and she broke from character in face of extreme trauma. Conjoining this interpretation with the patriarchal dystopia at hand, we’re left with the following suggestion from Black Box: Playing into gender roles for the sake of establishing a task can be empowering in a certain context but can never be “truly” self-empowering; because playing into gender roles is by definition a sacrifice of self. But since an utter sacrifice of self is impossible, then an utter evasion from such sexual trauma remains impossible as well.

At 2016, Zara Dinnen has conducted an interview with Jennifer Egan in which she asked the author to elaborate on Lulu’s skepticism about the “veracity of an essential self.” Egan answered:

… a source of poignancy is in that struggle between the private self and mediated self, which in some sense is communal property. With Lulu in “Black Box” her thoughts are not even her own: they are, in some sense, owned by the state, the record of her work for them, and equally valuable whether she is alive or dead. All they need is her body. She is literally a media outlet. (“This is All Artificial” by Zara Dinnen and Jennifer Egan)

At the second layer of interpretation, I want to focus on the self-objectification that exists in our everyday ordinary life. Not only I enjoyed Lulu as a smart and mysterious character, but I felt a sense of familiarity and empathy too. I thought of the social situations in which I had to make decision between acting to be perceived in a certain way/or fit in vs. acting as my authentic self. It seemed that Lulu was hyper-cognizant of these choices except she always chose to act out the former out of patriotic duty.

Now I’m not disputing the role gender plays in the story, but the role of self-obsessed individualism can’t be dismissed either. Egan does not just criticize patriarchy, she criticizes a particular form of it. In the end. I believe that Black Box as a critique of self-objectification in our culture and gender roles is but a vital host to this phenomenon and not the source of it.

Most notable example of self-objectification is social media where a snippet of our thoughts or image that we have recorded is presented for everyone else to see and share or comment or re-appropriate. Personally, I saw the rise of social media while growing up. I was already a teenager when social media became popular, so I never felt as if I’m totally obligated to be a part of the trend -despite the social pressure.

These days, social media – most relevantly Instagram, is not just a synthetic reality but in many cases the de facto reality with which young people learn to socialize. The old ‘different person online’ worry was that you meet someone online and they are different in real life. Now, I’m afraid of the Instagram profiles of the people I meet and get to know in real life because it might show me how they think they should be under the gaze of the perceived other.  Naturally, I wondered if Egan had similar ideas in mind whilst writing Black Box and was pleasantly surprised. I don’t present this as proof for how Black Box exemplifies my manic worries regarding the role technology plays in self-objectification; but, it’s some good food for thought:

… Instagram could just as well be titled ‘Self objectification’. Obviously when you use social media to display your experience for the benefit of others, you’re pretty close to thinking of yourself in a natural state, in terms of ‘here I am’: as an object to be perceived. The imagined viewer is always there, in other words. That’s pretty horrifying!  (“This is All Artificial” by Zara Dinnen and Jennifer Egan)